SLOWLY more successful than I expected...​ 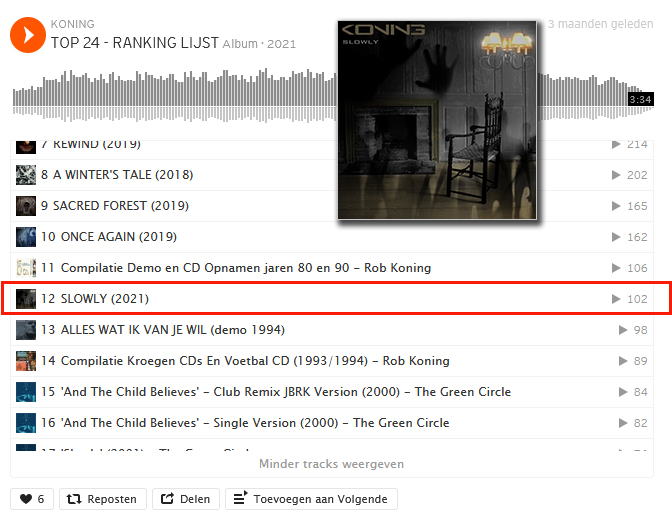 Within 3 days, SLOWLY has already passed the hundred listeners on SoundCloud! But the foreign streaming services are also listening a lot. Bizarre! I never expected that since I recently deleted the ‘Facebook Music page’ with over 100 followers!

As a test, this time I only reported the release via the ‘promotion tool’ of a separate Facebook Page to see what happens then.
To be on the safe side, I did not include the Netherlands in the promotion, only several other countries in Europe.

Since this is not really an accessible song, there are quite a few nice positive reactions coming my way.
I am also aware that there will be a lot of people who think it is ‘dredging’ but that’s no problem, everyone is allowed to have an opinion of course. I just throw everything online that I like and enjoy it immensely.

On Soundcloud I have a sort of ‘ranking list’ of all 24 songs that are now on it. So SLOWLY is already at number 12 with 102 listeners!

You van check out the whole list on SOUNDCLOUD.